Neuroshima: Convoy, 2nd Edition is an asymmetric card game for 2 players. With all new graphic design and streamlined play, this edition will be both familiar and refreshing to fans of the original game.
The Moloch has set its sights on New York City. Determined to crush the resistance forces of humanity, the convoy of wretched machines march across the barren wasteland determined to crush everything in its path. Humanity is not about to give up, however, and the Outpost stands between Moloch and their target.
In Neuroshima: Convoy, 2nd Edition, one player takes charge of the Moloch convoy advancing on New York. The second player commands the forces of the Outpost, determined to slow down or even stop the advance of Moloch. (descriptif éditeur) 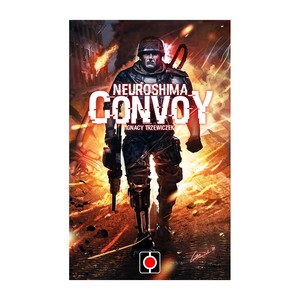