In addition to the Kits, every Commando has their own set of Stance cards. These cards indicate how the Commando is behaving that turn. They set the amount of Adrenaline a Commando can use (his action point pool), give a special ability, and they also set the Movement and Defense values. That last is a wonderful mechanic adding to the flare and flavor of the dungeon crawl experience. Is your hero crawling? He has better aim but crappy melee defense. Is he running? Great speed but low Adrenaline.
Movement
Most dungeon crawls have movement on a grid of sort, and OP is no exception. However, on a square grid, if you are allowed to move diagonally, moving to any place on the board becomes pretty easy. But limiting to orthogonal movement would feel too limiting. OP decided to allow some diagonal movement, specifically one diagonal movement per turn. At first, this may sound restrictive, but after playing, it works out rather well. You have to consider your movement plans carefully and adds to weight of the tactical choices you make.
Monsters (and Monster Spawning)
Like any good dungeon crawl, OP has monsters and plenty of them. Nothing too special about monsters that you haven't seen in other dungeon crawls, but what is really nice about OP are the spawning mechanics. Monsters can come off board, similar to Space Hulk (third edition) or Descent: Journeys in the Dark (Second Edition)'s reinforcements. They can also come from Vents on the board. But you don't have to worry about covering 'Line of Sight' like you do in Doom: The Boardgame. There's no, "SURPRISE! Here's a Fear Hunter right on your ass!" The Commandos know exactly where the monsters come from. They also have a good chance of predicting when. 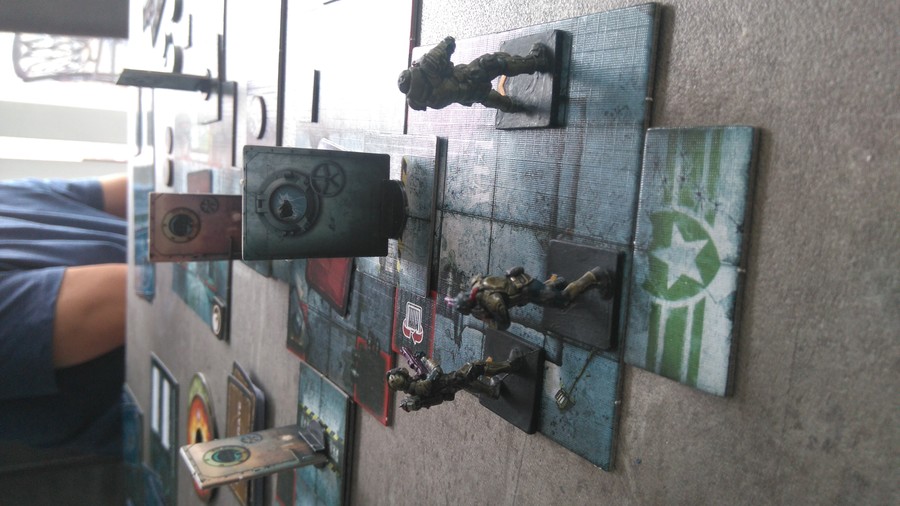 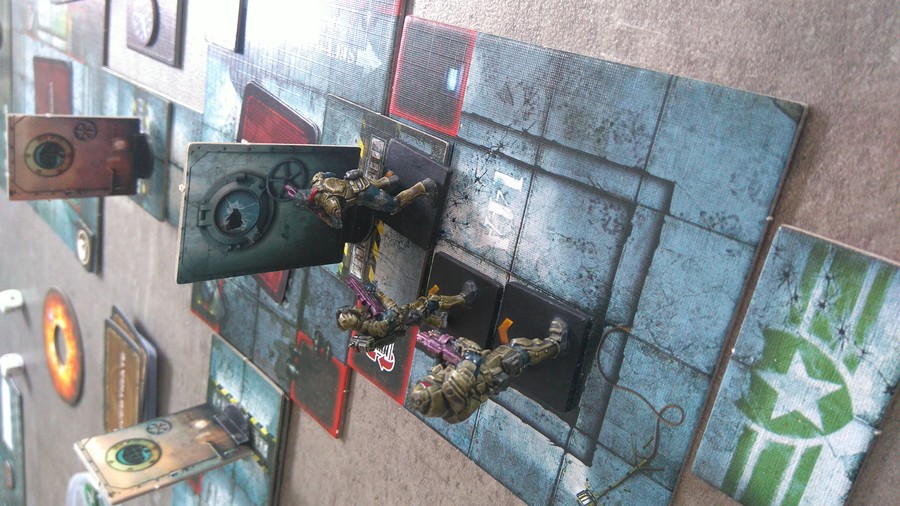 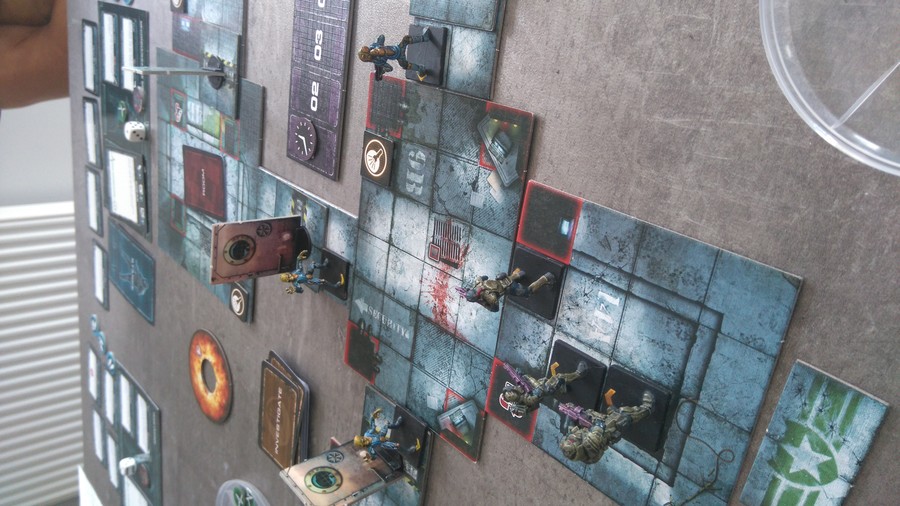 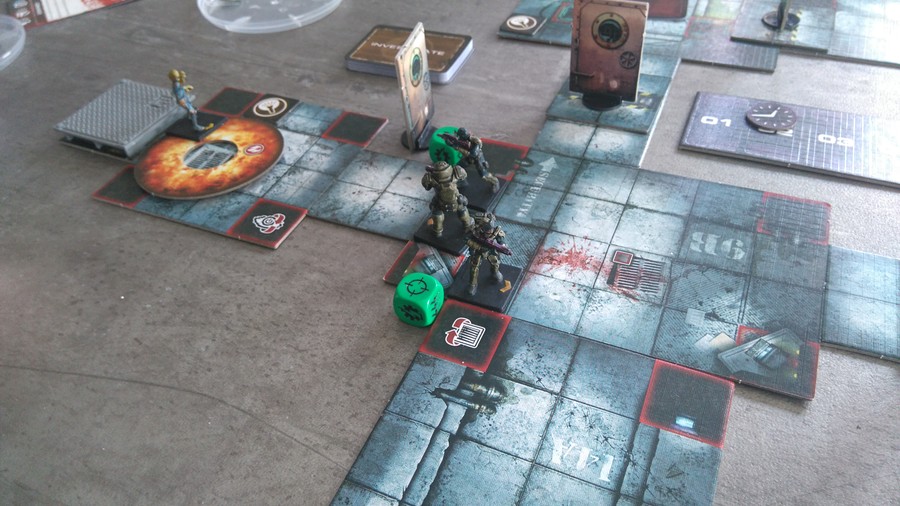