Jeux’n’CO : Can you introduce yourself to people who do not know you yet?

Matthias Catrein : I´m 37 year old and studied originally German language and art history in Germany. Additionally, I started as a hobby painter in youth, I was able to earn some money through private work. After my (succesfull completion) of my studies I decided to go my own way of illustrating games. I started in 2002 working for small companies and my first illustrated games were published in 2003 at the "Spiel `03" in Essen. In 2009 I did most of the artwork and the layout for the award-winning game "Dominion" from Rio Grande Games. I layouted and illustrated over 30 games so far.

Jeux’n’CO : What path did you follow to become an illustrator in the gaming world?

Matthias Catrein : In the beginning, my wife and me, we played a lot of games in the 90´s and had the experience that not all of the artwork were supporting game mechanisms. Therfore I decided to take on this fresh challenge.

Jeux’n’CO : How would you define your artistic world?

Matthias Catrein : I try to be as variable as I can be. I think that a fixing on a specific style is long-dated fatal for a game artist. But at the moment, everybody wants something in the style of Dominion. That´s strange, isn´t it? :)
But you can find also comic style in my portfolio like "Lifeboats" from Argentum (D) or "Fruit Bandits" from JKLM (GB). I always try hard to do some changes in style, even if a company is asking for a specific style. Within the realms of possibilty, of course. If you visit my webpage, you may be astonished about the different styles I´ve created so far for the diverse games.

Jeux’n’CO : Can you tell us about your main inspirations?

Matthias Catrein : Other games and their illustrators. But the most inspiration I get from the artists of collectable card games like Todd Lookwood, Scott M. Fischer, Daren Bader or Lars Grant- West. Okay, now you´ll say "ups, most of them are the artists of Blue Moon". Yes, indeed, they are... And maybe you´ll be surprised as you find no direct hint of them in my work - but that´s inspiration, isn´t it?

Jeux’n’CO : Are you yourself a fan of games?

Matthias Catrein : Oh yes. That was the beginning of all. My girlfriend of that time (and present wife all at once) started gaming in 1994 even if we knew standard games like "Risk", "Monopoly" or "Game of Life" in youth. Early we started with table top role-playing games like "Advanced Hero Quest" or "Talisman 3rd Edition". But then we expand to mainstream games and found out that they can bring fun as well.

Jeux’n’CO : What are your future plans?

Matthias Catrein : For the next years, I want to steward the Dominion projekt like I did the last two years. Additionally, I want to find more time illustrating games for new companies.

Jeux’n’CO : I thank you on behalf of the association Jeux'n'CO for the time you spent on me. Any last words?

Matthias Catrein : I´m glad if people like what I do. It´s amazing to see that people all over the world, in different countries and with different cultures, come together for playing. That´s the thing that´s fascinating me through the years. 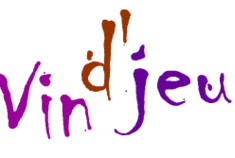